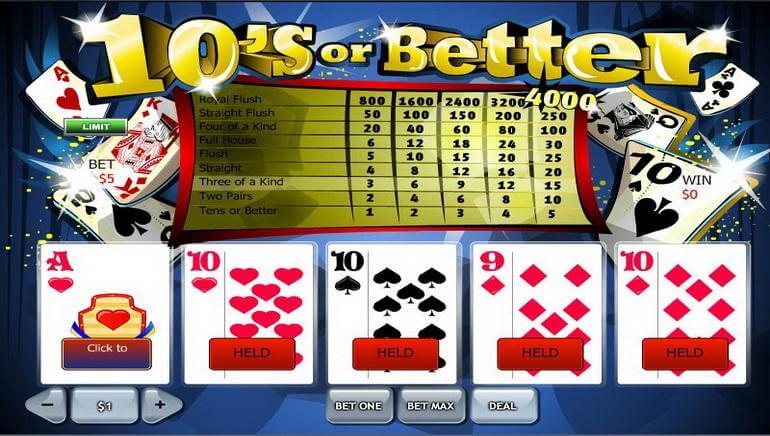 The History of Video Poker

During the mid-1970’s the concept of a personal computer had only just started coming to a reality and the gambling industry unsurprisingly embraced this new form of technology in order to create more ways for players to access the already popular and exciting world of casino gaming.

However, what many people in Canada are unaware of is the fact that in the earliest days of what is now an exceptionally popular game, video poker came close to not making it off the ground at all.

Si Redd was working for Bally Technologies as a distributor at the time, influencing many slot machine innovations when he pitched a new invention to the Chicago executives.

This was, of course, the new version of draw poker that was both electronic and, interestingly enough, considered to be unfavourable by the executives of Bally – Video Poker.

They felt that video poker wasn’t a good enough idea to make them branch out from slot machines, choosing to play it safe and not introduce a new and untested game to their list.

Fortunately, for gamblers in Canada and all over the world, Redd managed to convince the leading software company to allow him the opportunity to take the patent for the idea so that he could progress and have it come to life.

This could have been one of Bally’s largest mistakes, as Redd made a deal with Fortune Coin Company to create a new company, Sircoma, and mass produce the brand new video poker machines he had patented. Although it was fairly slow to take off, by 1981 video poker stood as one of the most popular additions to various casinos all over America.

The very first game to emerge was Draw Poker, which featured two pairs as it’s lowest possible hand. Thereafter it was changed to a pair of Jacks which actually increased the popularity even more.

Within just one year, Redd decided to take the company public and decided to do so with a name change that most online casino players will be familiar with – International Game Technology (IGT).

His invention essentially altered the face of the floors of every casino available, with video slot machines introduced shortly afterwards as many wanted to piggyback on the success of the video poker machines.

From Multi-Strike Poker that offers the chance to play with multiple hands to one of the more recent releases such as Spin Poker that incorporates the elements of slot machines, the world-class entertainment and winning opportunities are endless.