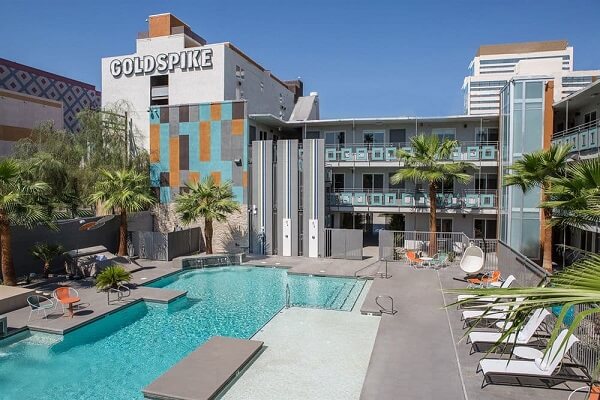 The Gold Spike Hotel and Casino began its life as Rendezvous in 1976. It has been closed for several months in 1983 2hen Jackie Gaughan bought the property and ran it for many years as a low-cost hotel with few amenities.

In 2004 Gaughan sold the Gold Spike Hotel and Casino, along with 3 other game houses, to Barrick Gaming in partnership with the Tamares Group. At this point, Table Games were discontinued and the casino offered Slots machines only.

The property was sold to Greg Covin in 2007, and then again to the Siegel Group in 2008. The Siegel Group set out to combine the Gold Spike Hotel and Casino with a forgotten motel that was next door. Renovation was complete in 2009,and by May 2010 the Oasis Pool opened and let their guests play online blackjack games.

The next big change came in April 2013, when Siegel sold the Gold Spike Hotel and Casino, along with all its debt, to Tony Hsieh’s Downtown Project. Siegel said that the Group needed to dispose of its smaller properties as it focused on acquiring larger casinos on the Strip. Hsieh had very different goals in mind, and wanted to use the building to foster community spirit in downtown Las Vegas. 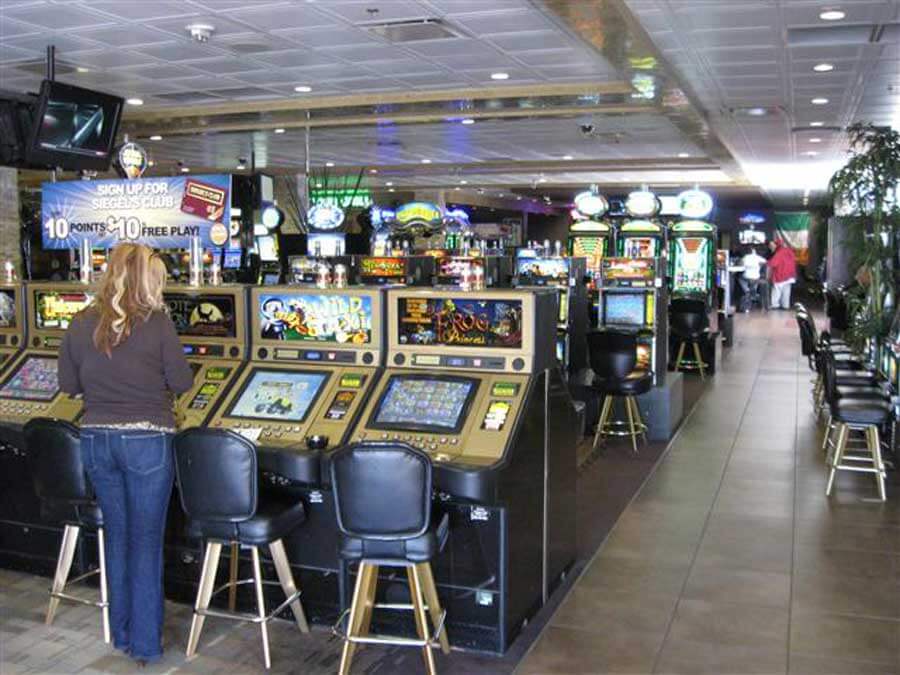 With this goal of building a community, Hsieh closed the Gold Spike Hotel and Casino doors in April 2013. After 3 weeks of renovation the Gold Spike was relaunched on 6 May 2013. The casino portion of the building had been refurbished as a restaurant, bar and lounge with social games, while the hotel section now serves as temporary and permanent accommodation for Downtown Project entrepreneurs.

The original Oasis Pool gave its name to the new hotel on the property, the Oasis at the Gold Spike. This boutique establishment is on the same grounds and is connected to the new Gold Spike. It was this building, opened in 1962 as a Travel Inn Motel, that was the forgotten motel purchased by the Siegel Group in 2008. It was relaunched as Oasis at the Gold Spike in 2010, and the 2 properties were incorporated into the same address by the city of Vegas shortly thereafter.

Interesting new projects keep opening up for this dynamic property, including a renovation of its top floor into a penthouse suite for the 31st season of the Real World series on MTV.  The Oasis at the Gold Spike offers 50 air-conditioned rooms with free Wi-Fi, and allows pets to stay. For many people who want to be away from the crowds of the bigger hotels in Vegas, it’s an ideal solution.

The continuing good work of the Downtown Project has so far managed to directly or indirectly employ over 900 people, thanks to investing, operating and co-owning several enterprises. Through providing jobs and accommodation at Gold Spike, the Project is giving back to the people of Las Vegas. In turn, they are empowered to look after themselves and give time, money and resources back to their city as well.