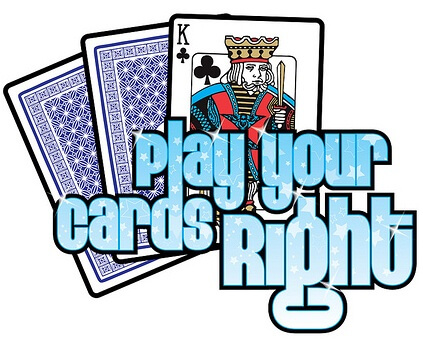 The name of this game is Play Your Cards Right and is a British game show that was introduced to the public in the early 1980s. The show featured a guessing competition between two parties, where they were required to guess the order of face down cards in front of them.

The Canadian casino online game revolved around earning points, freezing one’s placement in the game and ultimately trying to win some money. Currently this game show has come to its end, but it lasted for nearly a quarter of a century long and so clearly had some form of winning idea as it garnered a fair degree of popularity. Let’s discuss on how exactly the game was played and other fun factors revolving around it during its hay day.

The Rules of Play Your Cards Right

This game show called Play Your Cards Right is ultimately pretty straightforward to play. Players are set into two teams, depending on the season of the show. The first round of activities revolves around picking the team that starts the actual game. One team is offered a statistic out of 100 random people, this is usually a joke statistic, and they must guess how many out of the hundreds selected a particular answer. The other team then picks whether the actual number is higher or lower, if they’re right they start, otherwise the other team goes first.

Each team then gets 5 face own cards. Once the first card is turned over the teams get turns to guess whether the card following it is either higher or lower. Guess correctly and the team moves on to the next card, get it wrong and start from the beginning. Each team had the possibility of freezing their positions, this passed the turn on to the next team but when it came back around the team would start from the New frozen position with the ability to freeze another position down the line. The teams played a best of three games like these, with the winner overall getting to convert their points into real winnings at the end.

The game had several different versions throughout the time it aired, with teams made up of single players, couples and more along the way. Overall it made for some fun game show action and since then the industry itself has learned a thing or two about the trade.

A History of Play Your Cards Right

This Play Your Cards Right game show was first aired on ITV in February of 1980. Since it has made several seasons if the show as well as several return specials, related to different events. The show was hosted notably by Bruce Forsyth for the vast majority of its running, which lent a particular humour and comical air to the show. Ultimately this show ebbed and flowed with different levels of popularity throughout the years it ran for, but by 2007 it had made its last one time return and has yet to find its way back on to the screen. But Play Your Cards Rightis quite a fun premise, and perhaps there will still be game shows along the same vein, even better would be if the show made a full return with Bruce and all, but perhaps that is a bit of a pipe dream for now.